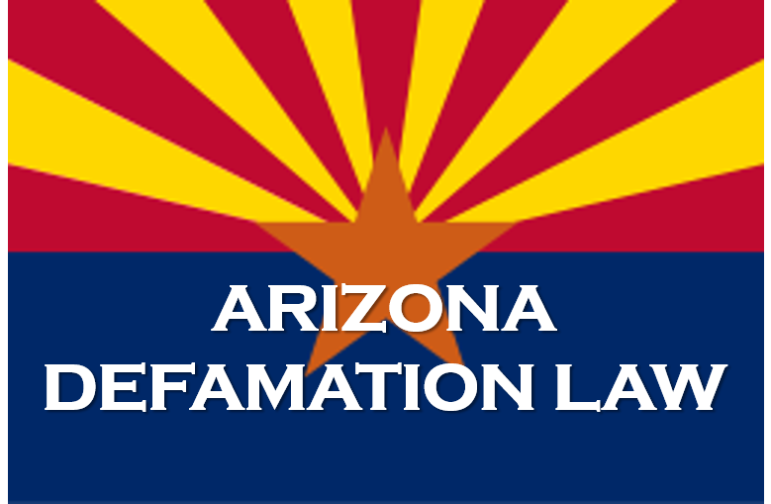 Now that nearly anyone can get online and “speak freely” it is no wonder that there is a rise in defamation related claims.  If only people would have read the Fighting Fair on the Internet series sooner?  Indeed, so many people are either “That Guy” or are on the receiving end of “That Guy.”  Hey, I’m not judging, I’m just telling it as I see it.

As adults that may not have grown up with the internet, many of us were thrust into online situations that, quite frankly, we weren’t equipped to handled.  And now, kids are even getting the short end of the lesson learning stick because of it.

So let’s talk about defamation.  Of course, it’s important to point out that laws vary from state to state and if you are not in Arizona, the following information may not apply to you.

The Elements of Defamation in Arizona.

In order for a statement to be considered “defamatory” the statement made must be false and bring the alleged defamed person into disrepute, contempt, or ridicule, or impeach his/her honesty, integrity, virtue, or reputation.  That is outlined in a case called Godbehere v. Phoenix Newspapers, Inc., 162 Ariz.335, 341 (Ariz. 1989).

Spoken “defamation” is called slander.   Think of rumor telling in the locker room, or maybe even bigger, like saying something on live public television.

Written “defamation” is called libel.  Given the popularity of the internet now, this is what we see happening more often.  Think of postings you see people post online.  Those arguments that get heated and people start making up false statements…yeah, that could be libel.

Distinctions between defamation per se and defamation per quod in Arizona is important because it effects the type of damages that the plaintiff must allege in order to prevail on their claim.

Statute of Limitations for Defamation in Arizona

As I discussed in a prior article, it is important that people understand Statute of Limitations.  They are there for a reason and, in my view, counsel that file claims that are barred by the statute of limitation are doing nothing more than wasting client resources and, arguably, committing an ethical violation.

Another important fact to know is that Arizona, by state statute, applies what is referred to as the “single publication rule” or, more specifically, the “Uniform Single Publication Act.”  A.R.S. § 12-651.  The important language of the statute states as follows:

A. No person shall have more than one cause of action for damages for libel, slander, invasion of privacy or any other tort founded upon a single publication, exhibition or utterance, such as any one edition of a newspaper, book or magazine, any one presentation to an audience, any one broadcast over radio or television or any one exhibition of a motion picture. Recovery in any action shall include all damages for any such tort suffered by the plaintiff in all jurisdictions.

B. A judgment in any jurisdiction for or against the plaintiff upon the substantive merits of any action for damages founded upon a single publication, exhibition or utterance as described in subsection A shall bar any other action for damages by the same plaintiff against the same defendant founded upon the same publication, exhibition or utterance.

All information contained in this blog (www.beebelawpllc.blog.com) is meant to be for general informational purposes only and should not be misconstrued as legal advice or relied upon.  All legal questions should be directed to a licensed attorney in your jurisdiction.